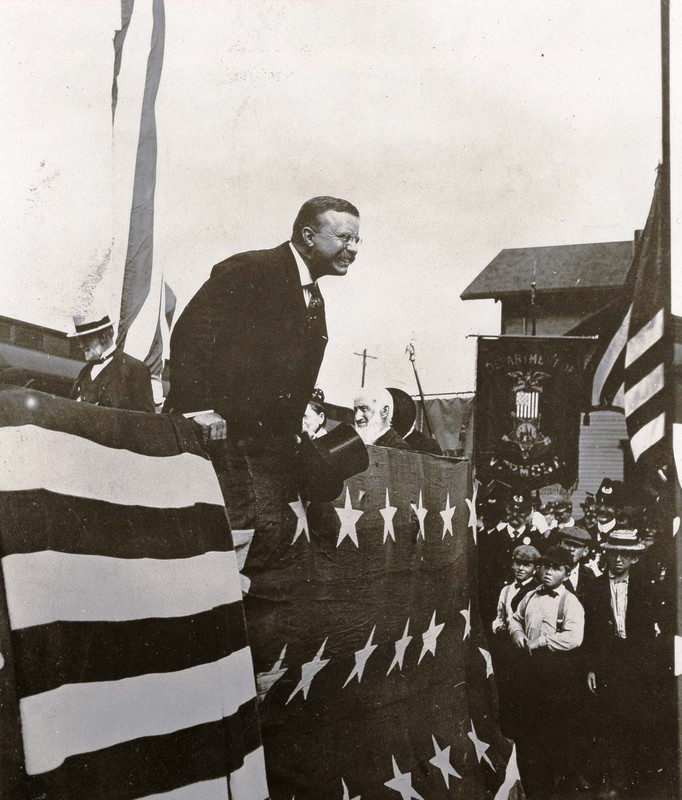 President Theodore Roosevelt's appearance and speech at the cornerstone laying for the McKinley Building served as an official recognition of the University. In his speech, Roosevelt hailed American University as a "college that is to teach the science of government" and support the tenets of strong government so valued within the United States. 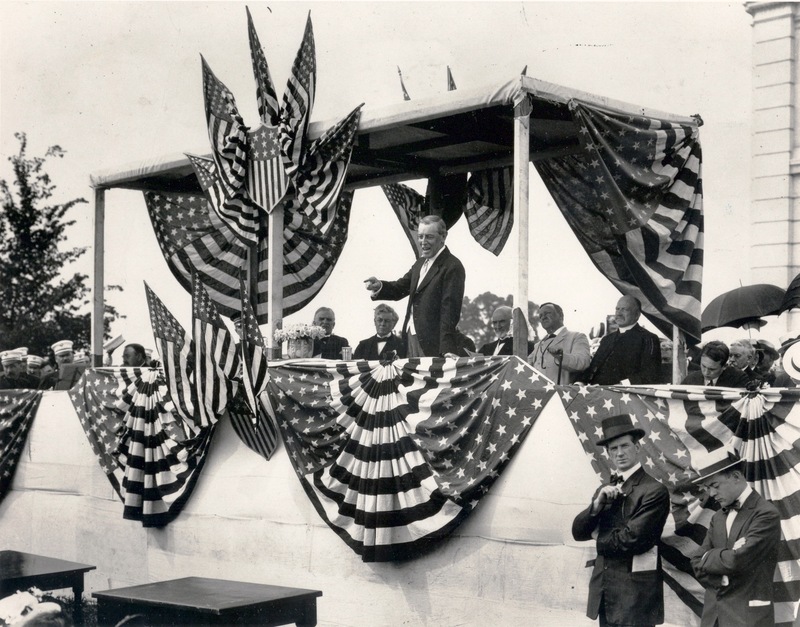 President Woodrow Wilson at the opening of American University on May 27th, 1914.