Although Ellen Spencer Mussey began assisting her husband in his law office at the age of 26, she wasn’t initially convinced that women should work as lawyers, valuing instead her roles as a wife and mother. When her husband fell ill in 1876, she took over the office for two years, but upon his recovery, she planned to return to her normal duties. Her husband disagreed. Mussey’s legal talents had made her invaluable to the practice, he insisted, and he wished to educate her to be an attorney in her own right.

Mussey accepted, and she worked alongside her husband until his death in 1892. At that point, she decided to continue the practice herself, which necessitated her passing the bar. Believing that formal law classes would prepare her for the exam, Mussey applied to various law schools in DC but was refused admission because she was a woman. Not to be deterred, she made use of her legal contacts to take the exam anyway, and she passed it handily. Still, she knew something had to change.

Committed to giving other women the opportunities she had not had, Mussey worked with fellow lawyer Emma Gillett to found the Washington College of Law, a coeducational institution, in 1896. The two also teamed up to fight for women’s rights in court and to establish professional associations for women in the law.

After nearly sixty years of continuous effort, Mussey retired a prominent lawyer, the first female law school Dean, and a tireless political activist. A former adherent to the idea of the woman’s separate sphere, she had become a steadfast champion of women in politics. 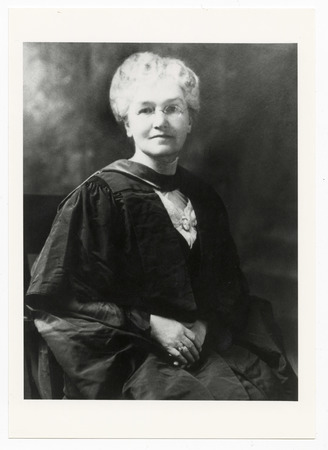 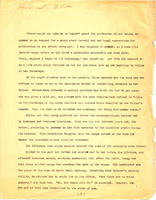 Five-page biography of Mussey at 81 years of age, written by a WCL student for the school newspaper 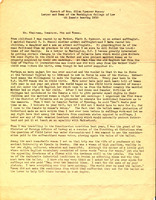 Mussey's marshal ribbon from the 1913 Woman Suffrage Procession, in which she led the women's legal group 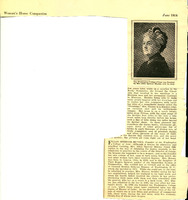 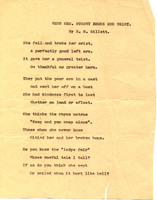 "When Mrs. Mussey Broke Her Wrist," a poem about Mussey by Emma Gillett

The year was 1883, and Emma Gillett and Ruth Havens had just graduated from Howard University School of Law, then the only law school open to women in DC. On the Friday evening following commencement, Gillett approached Havens and proposed that they take the Bar exam the next morning. When Havens protested that they needed more time to review, Gillett pointed out that they knew as much textbook law then as they ever would. “And anyway,” she added, “I want to start practicing Monday.”

She passed. Once established as a lawyer, Gillett took a keen interest in women’s education. Even before co-founding the Washington College of Law with Ellen Spencer Mussey, Gillett established an educational society for young women called Wimodaughsis (for wives, mothers, daughters, sisters), which offered a wide range of classes, including business, journalism, and foreign languages.

When her friend and collaborator Ellen Spencer Mussey retired as the Dean of WCL in 1913, Gillett assumed the role, serving for the next decade. Upon her retirement, Gillett left behind a legacy of activism and persistence in pursuit of gender equality. 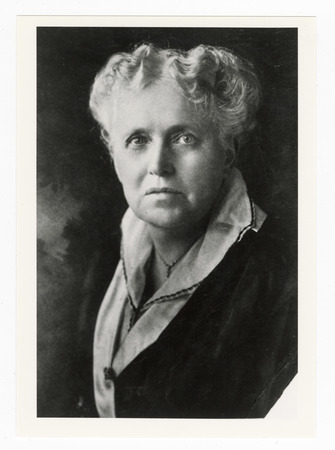 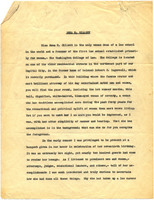 1922 biography of Emma Gillett by Grace B. Knoeller, then a WCL student and later a lawyer for the Treasury Department. Gillett's narration accounts for much of the biography's 17 pages, making this one of the most significant primary sources of information about her life. 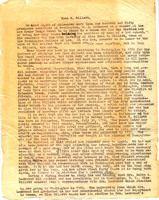 Short biography of Gillett, discussing her life and work. In it, she is characterized as "fundamentally a progressive, for her mind is always open to new ideas." 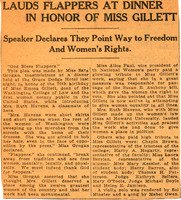 An article about Gillett's 70th birthday banquet noting some of the women who paid tribute to her there, including Alice Paul and Gillett's Howard classmate, Ruth Havens

The Washington College of Law

Although some of their contemporaries argued that women were physically and mentally unfit to practice law, Ellen Spencer Mussey and Emma Gillett rose to prominence in their profession. While the field was nominally open to women by the late 19th century, though, few law schools actually admitted women.

In 1895, Delia S. Jackson approached Mussey and requested to be taken on as an apprentice in her practice so as to gain an education in the law. Mussey, who had experienced her own difficulties in trying to enter law school, recognized the opportunity to fill a need. She enlisted her colleague Emma Gillett for assistance, and on February 1, 1896, the pair inaugurated the Washington Woman's Law Class, with three women students in attendance.

Mussey and Gillett hadn't set out to found a law school. After two years of teaching, they attempted to get Columbian College, now George Washington University, to admit their class of six female students for their final year of study. Columbian College refused on the basis of their sex, and from there, Mussey and Gillett's path became clear: they would found a coeducational law school to allow their students to finish their schooling. 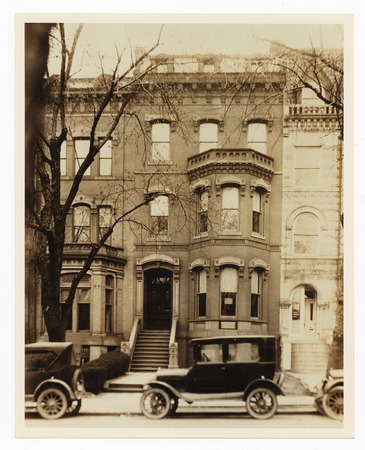 Suffragists, including a woman wearing a Washington College of Law sash (third from left), picketing outside the White House. These "Silent Sentinels" picketed for six days a week from January 1917 until the passage of the Nineteenth Amendment in June 1919.

An advertisement for the Washington College of Law, headed with reasons why women should study the law. It also notes that the school is coeducational.

A brochure for a WCL endowment campaign from the 1920s, citing the progress of women in civic life and WCL's role in that progress 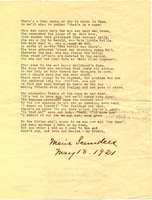 A 1921 poem about Mussey and the founding of WCL by Marie Saunders, a WCL alumna who became an examiner in the Patent Office